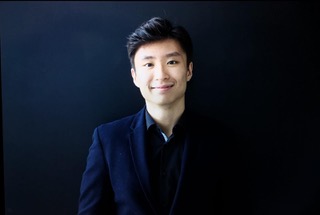 Over the past few years, Donald has been performing in London’s Amaryllis Fleming Concert Hall at the Royal College of Music, and in Singapore’s leading performance venues, such as the Esplanade, the Arts House, Lee Foundation Theatre and Victoria Concert Hall. He has been invited to play in numerous public masterclasses by Dennis Lee, Huseyin Sermet, Noriko Ogawa, Dina Parakhina, Gordon Fergus Thompson and Dr. Robert Winter, to name a few. He has also played on four concerts as the soloist in Mozart’s Piano Concerto No. 17 in G K. 453 with Nanyang Academy of Fine Arts (NAFA) Wind Ensemble, directed by NAFA Head of Winds and Brass - Joost Flach. Donald has also been actively performing at summer music festivals and concerts across Europe in England, Germany, Italy, Serbia and Montenegro, playing solo and chamber music with international artists from Italy and Korea. In 2018, with the invitation of Musikschule Kirn-Meisenheim-Bad Sobemheim, Donald was invited as a piano accompanist and soloist to give performances in Ru Gao, China, as part of the school’s cultural exchange programme. In 2006, under the invitation of Kerry Oils & Grains Co. Ltd., Donald performed a piano performance as part of their press conference to announce “Obtaining Suppliership for Cooking Oil for Beijing 2008 Olympic Games” in Beijing Kerry Center Hotel, China. He has also performed a piano recital as part of Tan Tock Seng (TTS) Hospital’s “Art of Healing” Series at the TTS Hospital Atrium in Singapore.


Donald was a recipient of numerous education scholarships, such as the Overseas – Chinese Banking Corporation (OCBC) Undergraduate Scholarship, Ngee Ann Kongsi Merit Award and Tay Chay Bing Bursary, before having graduated with a Diploma (with highest mark in graduation recital) from Nanyang Academy of Fine Arts (NAFA), and a First-Class Honours from Royal College of Music – Nanyang Academy of Fine Arts Bachelors of Music in Performance, under the tutelage of Lena Ching Kah Pick (NAFA Head of Piano) and concert pianist Boris Kraljevic. Donald was also a recipient of the Henry Wood Trust Fund during his studies at the Royal College of Music in London, where he graduated with a Masters of Music in Performance under the tutelage of Dina Parakhina, and the current deputy head of piano faculty at the Royal Northern College of Music, Ashley Wass. Donald has also studied with the Head of the Academy of the Performing Arts (HAMU), Ivan Klánsky (Prague, Czech Republic) and concert pianist Hüseyin Sermet (Paris, France). Recently, Donald joined KNS Classical, becoming their Artist and just completed recording his solo album under the KNS Classical label.